I thought it was. I mean, for a long time things were going great. I planted things, half of them died, but the rest grew up unmolested by poodles.

Then one day the poodles began to dig.

Never in the same place.

…I tried to stop it.

I put up fences. I used dog pens and stakes and zip ties.

They knocked them down and moved them.

I put them up again.

They found another spot to dig.

And then yesterday I got home and found this: 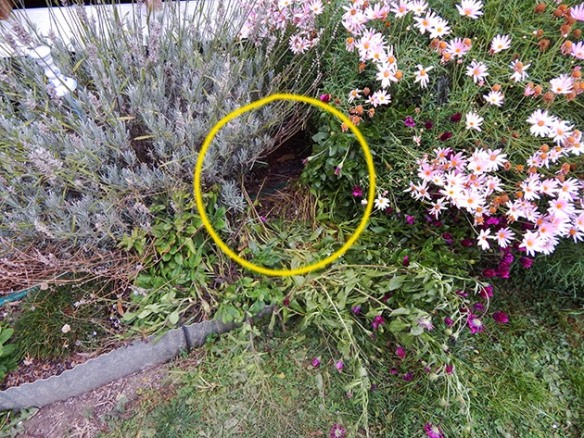 Flattened osteospermums and a hole between the english lavender and the pink daisies. 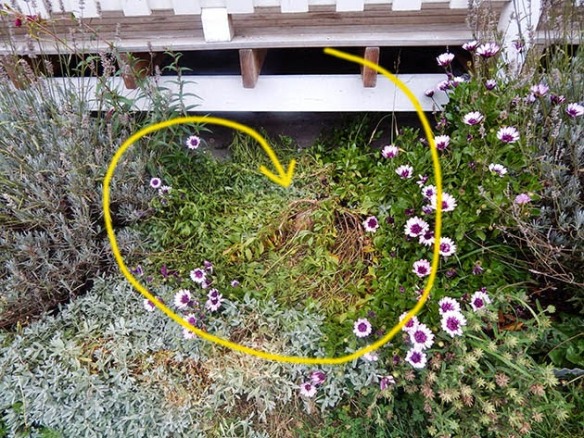 Broken and flattened double osteospermums – looks like someone decided so take a nap there. Thankfully the young penstemon on the left avoided annihilation. 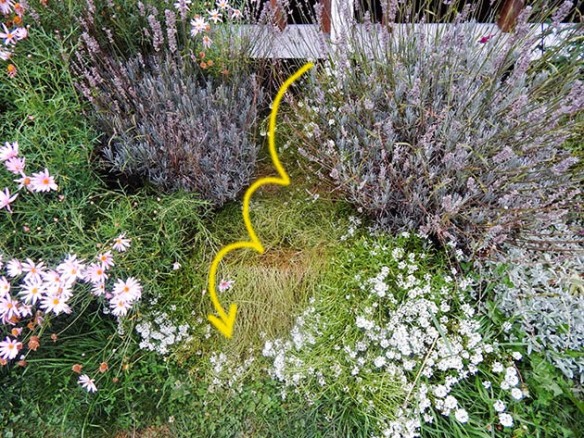 The alyssum wasn’t so lucky. It looks like this was another nice spot to rest.

(Actually, it DOES look like a nice place to lie in the sun… but that’s not the point!)

Ok. I’m not overly worried about the alyssum. That stuff is growing in cracks in the path.

The snow in summer is looking scraggly but that should be ok. And the osteospermums should bounce back. I’ll just give them a trim, I have to do for winter anyway.

Its that I plan to replant the old garden beds in front of the casita with new plants. Last weekend I got my garden helper to remove all the too-large plants from the beds, dig up and mix in new soil in preparation of planting all sorts of smaller flowering plants: mixed bulbs, columbines, whatever strikes my fancy.

The dogs have been leaving footprints all over the narrow beds, which I could cope with. But they’re also digging it up.

I get that they dig after critters in the yard. Rats probably, around the foundations of the casita. The odd native animal. Whatever.

But digging in a new bed? There are no critters in there! They’re just loving digging!

I’ve never had diggers before and I’m stumped. I plan to put a fence over the new beds but that won’t guarantee anything.

I think I may go back to toy poodles. At least they can’t dig up a whole tree.

2 thoughts on “gardening with dogs, is it possible?”