This one was made using a rusty old baking tray which had seen better days – it began its life as an eager young tray, looking forward to doing its best, cooking oven fries and such. Then it started to lose its good looks and was banished to defrosting dog food. Things went from bad to worse when all the defrosting lead to corrosion and rust… causing it to be tossed out into the yard where it spent the last 2 years covering a hole its human meant to fill.
Then one day said human was thinking of making a sign and walked by the now much bigger hole and saw the poor rusty tray just lying there, waiting for the ultimate death (the tip). Suddenly life looked up for the old tray – it was brought inside, sanded within an inch of its life to get rid of the loose rust, then painted over with black rust guard paint to protect it.
But back to me…
When designing this sign on the computer (I use InDesign for all my type stuff) I found the best way to fit Dog Grooming and an arrow was to be a bit imaginative – hence the sideways ‘ing’.

I think its cute.
Anyway, I used a symbol font for the pointing finger cause arrows are just too boring. Then I used Stencil as my font cause it kind of lends itself to being cut out… don’t you think?
I printed it out, cut it out using a scalpel (yes, you heard me… scalpels are so much easier to cut stencils with than stanley knives). I then traced the letters using a pastel pencil. 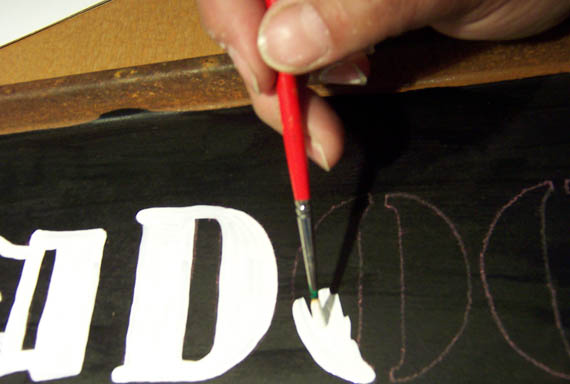 I used some of the enamel primer I am using on the house to fill in the letters, joining them up so they no longer look stenciled. I did this twice to get a smoother look.
I think it came up pretty well. 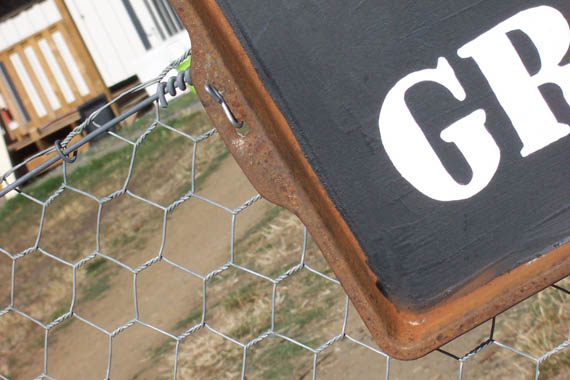 I asked Wayne to drill a hole on the handle to match the one that came with the tray and then he made 2 wire hooks to fix it to the fence near the front gate. 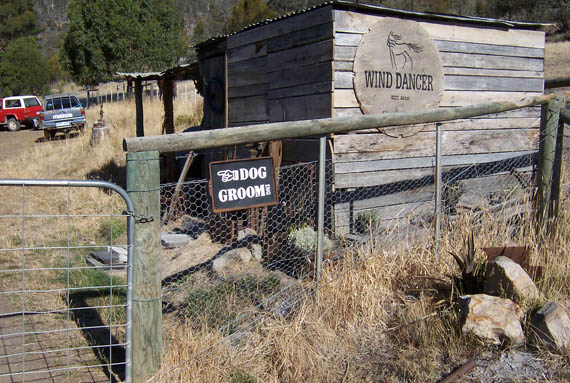 No one can miss it now!
z 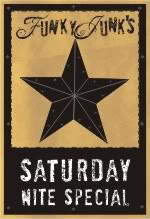