Let me introduce you to cape weed.

Ground zero (otherwise known as our lawn) is covered with the stuff.

Over the last week I’ve become obsessed with the stuff.

Now you know I’m not much of a gardener…. but I have this ‘grandpa weeder’ thing I bought a couple of years ago and never used, which allows you to pull out weeds without having to bend over or dig them out. I rediscovered this handy little tool last week and I’ve been waging war against the cape weed ever since.

So far, the cape weed is winning.

I’ve been out there every chance I get, when the weather is nice, when I have some free time, when I walk through the yard and spot another cape weed glaring at me with its beady little eyes… 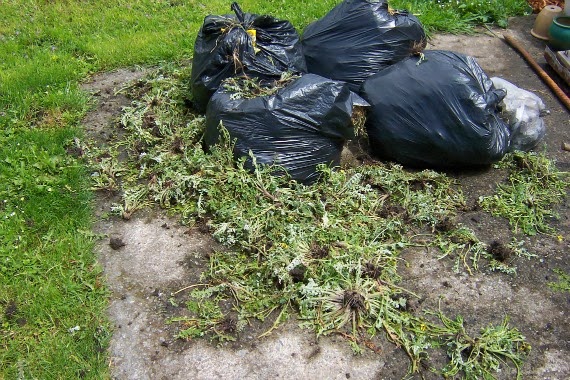 All I have to show for it are a whole lot of ‘holes’ in the so-called lawn.

And the cape weed continues to thrive.

I’m not ready to give up yet. Sometimes it takes a long time for defeat to sink in.

Like how long it took me to give up on the all natural, home-made, eco-friendly cleaning products.

I read all this stuff on Pinterest about how you can clean the shower using vinegar and dish washing liquid and I was like “Yeah! Healthy and natural, not to mention cheap!”. So I scrubbed and washed and scrubbed and washed. But the mold kept coming back stronger than before. The vinegar was only making it angry.

It was a few months (and a disgustingly black shower) before I gave up and pulled out the big guns. Give me strong chemicals any time! At least now I don’t need a tetanus shot to have a shower!

Similarly, the gardening attempts… We’ve been here for over 2 years… All this time I’ve been kidding myself that I’ll create a garden… that I can create a garden. Despite all evidence to the contrary – as attested to by all the dead plants who came home with me in great hopes of a good life in the country.

When I was flat on my back groaning in pain a couple of weeks ago, I finally decided to admit defeat. I will never be a gardener. So I did what any self respecting failure would do: I paid someone else to do it!

I hired a friend to come over and weed and put in a couple of garden beds for me. I had planted a line of lavenders along the front of the house. (Most of them actually made it surprisingly.) But the weeds were drowning them.

This is the planning stage: weeds gone, weed matting down, pots placed where plants would go in. 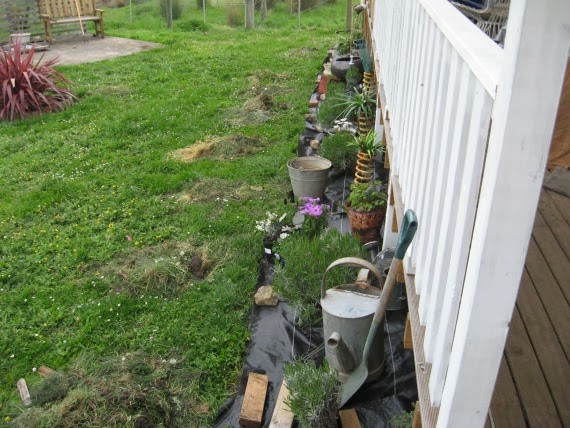 I found this great mini corregated edging which is so ‘me’. I love the yard now! (Well except for the cape weed.)
Just imagine how great the place will look when the painting is finished and the plants are grown…. 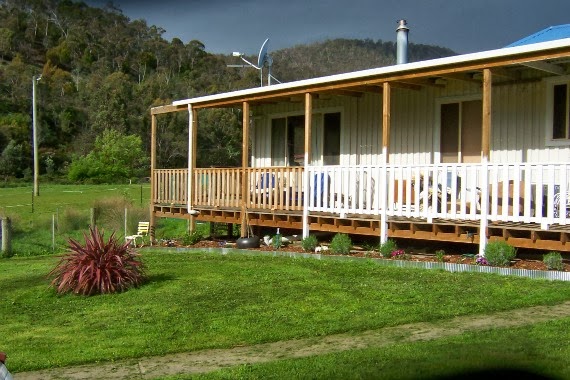 The area around the trellis has a new garden bed too.

I’m really loving my new garden. When its mowed. And I can’t see the cape weed… 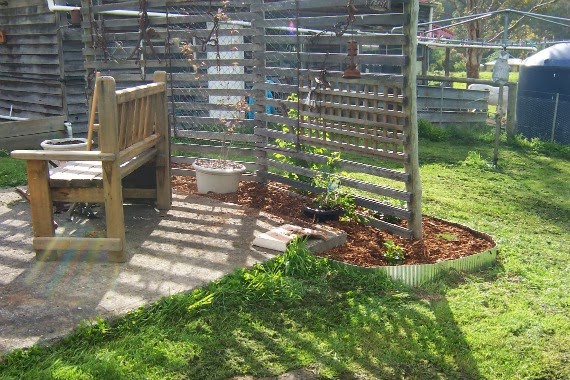 I swear, I was never into gardens or flowers, but come spring, I kinda go crazy and want a garden and buy plants like crazy, then have to smuggle them into the garden so Wayne won’t see them. He has no faith in my gardening abilities.
I love watching my flowers grow (some of them…) despite my ignorance! It actually makes them more special if they survive me! 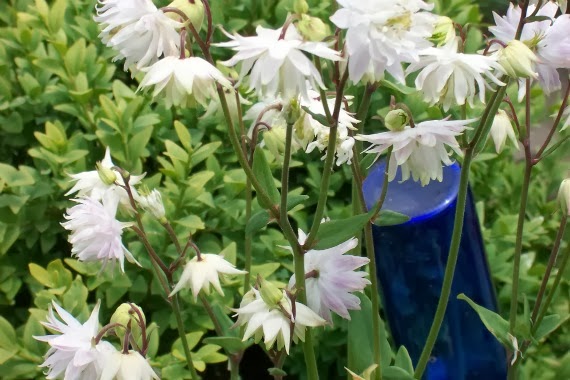 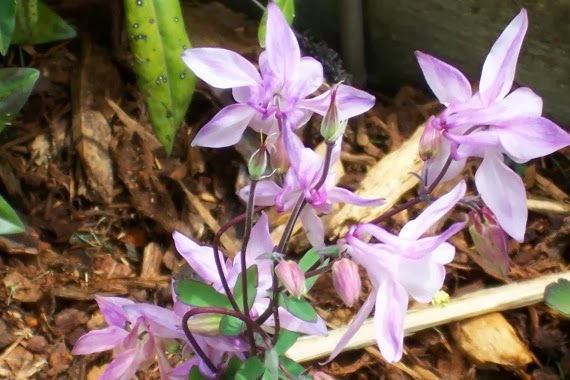 I still have a few unusual containers with plants in them but I’ve decided to stick with succulents in most of them cause most flowers can’t handle the heat in pots, and cause I love the way this old metal ammo box has filled out. 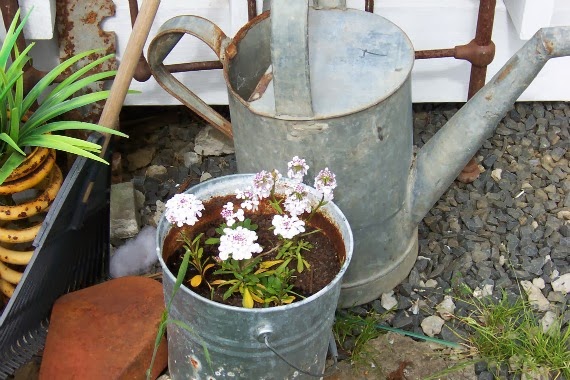 Eventually all these should fill up like the ammo box. Pretty cool, huh?
Anyway, this isn’t meant to be a gardening blog is it? I apologize… I just haven’t been doing a lot of creating lately. I have started a few new projects so hang in there, it will come!
z

PS. Thanks to Ginny who sent me a link to a handy page about “identifying that weed”, I now know the names of all the weeds in my yard. Now I can greet them by name.

The sad thing is that if I were to actually succeed in getting rid of the weeds, I’d have no lawn, just a mudpit in my yard. Maybe the wogs had it right…. just cement it all! No weeds, no mowing, no mud! LOL