Remember the armchair I pressure cleaned a few weeks ago?
Well its finally finished and back in the house.
The washing went well and the drying took a long time cause the weather turned nasty. We had days of rain so I had to keep the armchair in the casita with the heater on it intermittently in order to dry it completely.
Then, once it was dry I got it wet again.
I had to. I wanted to dye it. The colour I wanted was brown but it was almost impossible to find the brown in any shade at all. I ended up with 2 packs of RIT powder dye, one was a reddish brown and the other was dark brown. I mixed them together and made up a bucket full of dye as per the instructions.
It took quite a few coats and I got bored of the process before the dye covered the pattern.
Here it is after the first coat. I applied the dye with a foam roller. 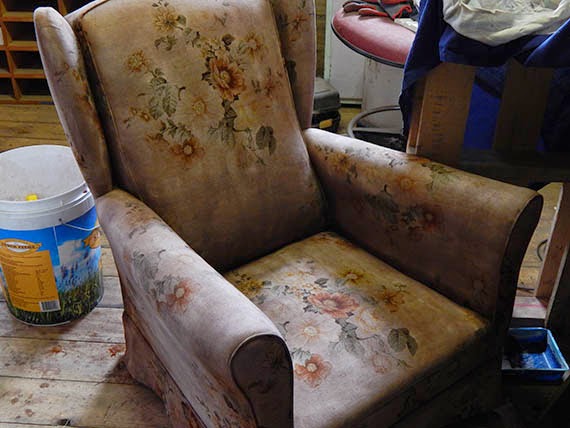 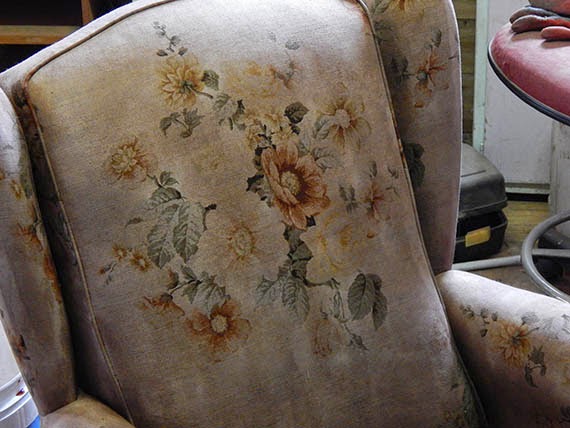 Around coat two the weather got better for a few minutes so I was able to put it outside to get some sun. 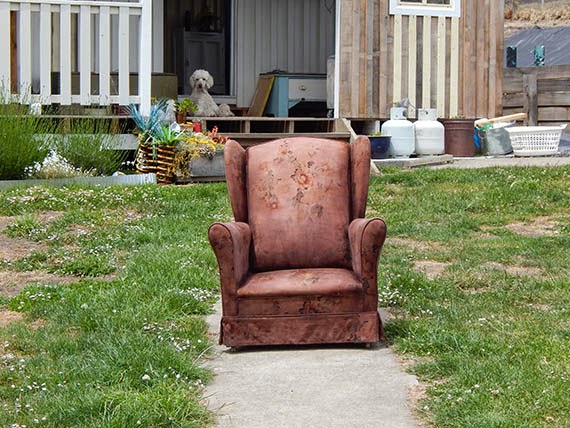 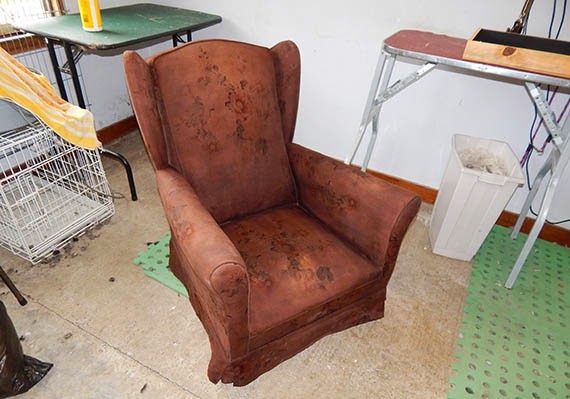 Coat four I figured I liked the flower patterns showing through. Kind of like an aged faded fabric instead of an incomplete dye job. 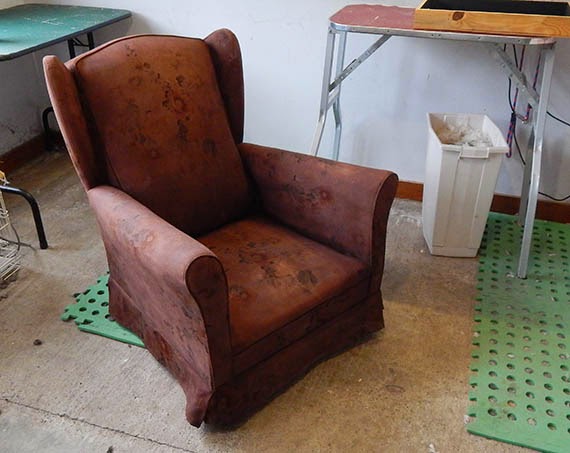 Of course before I could put it in the house I needed a new cushion. The dogs had chewed chunks out of the original one. It took me almost a month to buy the foam and fabric.

I only have one question about dyeing furniture though: what about the salt? After the chair dried I had to use a damp cloth to wipe off the salt which rose to the surface. Now I’m a bit concerned the dogs will notice the chair is rather tasty and start licking it. 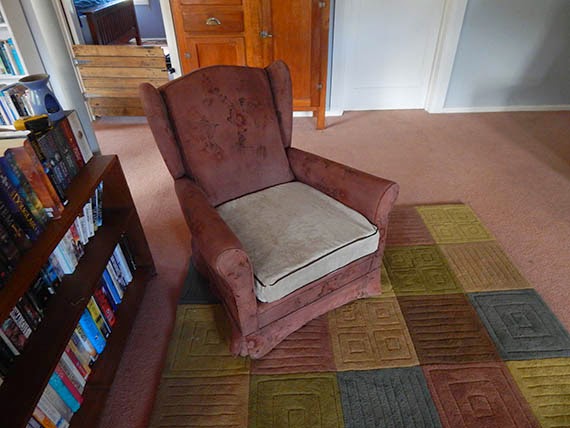 I made the cushion cover today and was able to bring the armchair up to the living room. The fabric I chose for the cover is plain cause I couldn’t find anything else that would suit the chair. Obviously patterns wouldn’t work cause of the flowers showing through the dye, but that’s what I’d have in mind originally. I got some brown piping and put that around the cushion cover to tie it in a bit and give it some punch.

I’m quite happy with how it looks.

Even if the sewing leaves a lot to be desired. 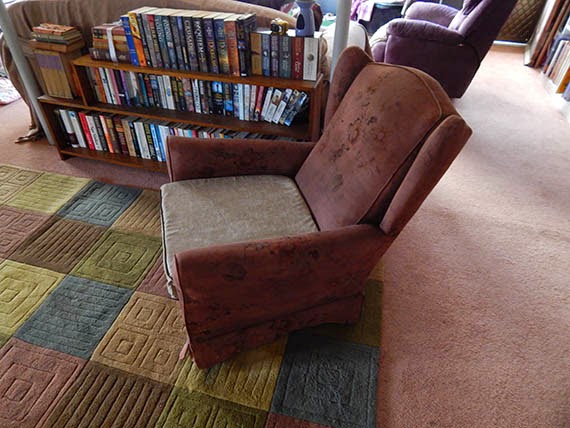 Yep. No closeups. My sewing won’t stand up to such scrutiny. It works, that’s enough for me. My sewing is of the same school as Patrice’s DIY projects ‘where close enough is good enough’.
Seriously, I don’t think I did too bad considering I had no real plan, hadn’t even intended to tackle this job today, just put down the foam and cut out the shapes and sewed them together willy nilly.
You won’t notice in the photos but I rearranged some furniture. I’d share photos if the room was tidy, but there is washing to fold on the coffee table and Wayne’s new desk is buried under a pile of junk already. I cleaned ok? That was enough!
What I did basically was move the couch and put it against the (stupid, ugly) poles in the middle of our living room facing the back window, put the small bookcase behind it and swapped the old cabinet with the big bookcase cause I think it feels better.
There are more changes to come but I’m trying to sneak up on them so Wayne doesn’t become too upset.
z
Shared at: