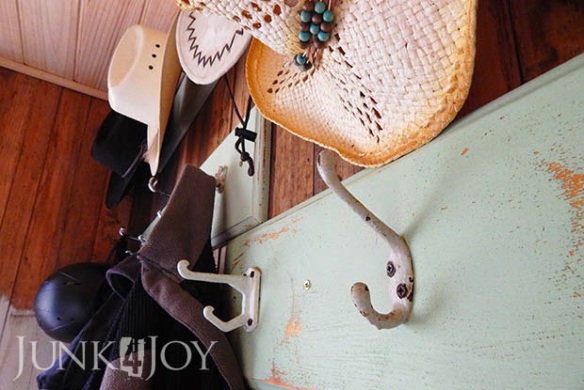 So what happened to the drawers when I decided to make over the tallboy into a linen cupboard?

They became hat and coat racks of course!

First some destruction was called for. I got out the hammer and clobbered the drawers till they came apart.
I then removed the timber knobs and filled the holes. I gave them all a light sand and went through my paint pots to find colours that were similar but not the same. I painted them all in shades of greeny blue. 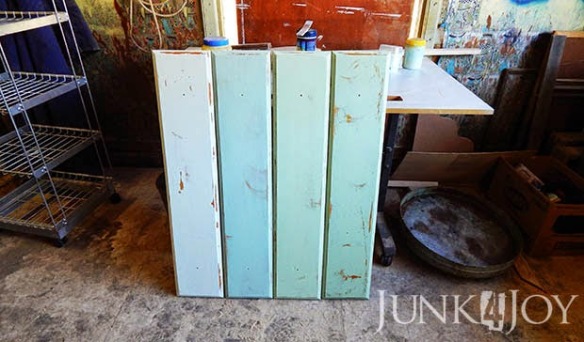 Yeah, for those who’re observant, there are only four drawer fronts there. There is another one but I didn’t need it for the project I was working on. It’ll appear somewhere else later on no doubt.

I used different hooks – these hooks were sent to me by a good friend in the USA (we can’t get them here) and they’re perfect for hats. 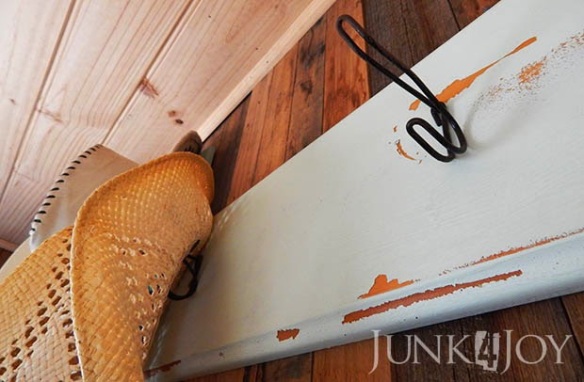 I put the hat racks up high and the coat racks underneath. I had to stagger them in order to fit them on the mud room wall. You can see where I had to put the electrical cable over the top one. Ugh. Not pretty, but here in real life, as opposed to decorating blog-land, things like that happen.

The coat racks have mismatched hooks collected from tip shops over time.
I’d originally planned to paint the entire mudroom antique white. Now I’m not so sure. I’m starting to like the rustic timber look.
I’ll paint the pine lined ceiling white and I’ll probably repaint the two house walls to match the outside of the house. But I’d already started undercoating the left side wall (with the window and sink) back when I was sure I wanted it all white. I guess I’ll paint that wall to match the other two. That will leave one weathered timber wall. It’ll be a feature wall.
I love the way the coat and hat racks look on the old timber anyway. 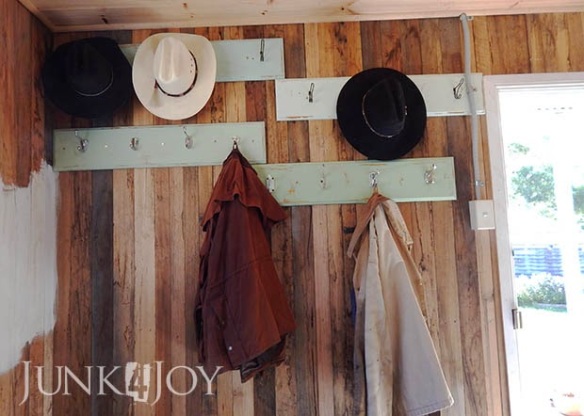 I also found a home for my crystal dripping tap wall art. Its been in the casita since I made it cause it needs somewhere out of the wind. I added another hat hook to it and voila, another handy spot for a hat! 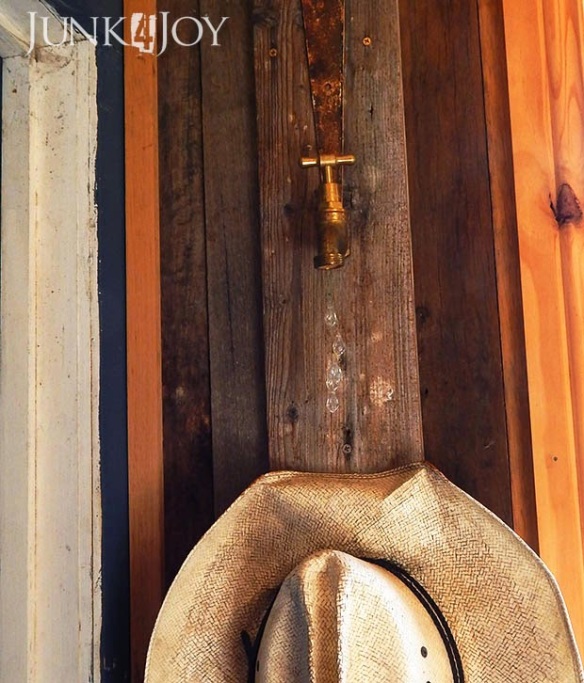 This one’s on the wall I have to paint (plus you can see the terrible paint job someone did on the toilet door!) so it’ll stand out more. But that also means it’ll have to come off one day. I hope I never have to take the other ones off. Ever.

…Am I the only one who manages to twist the top off screws?