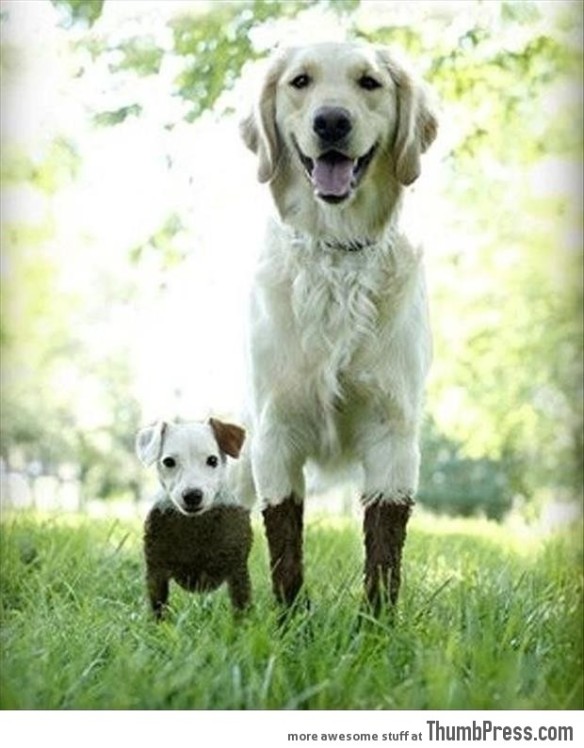 These are not my dogs, this photo just makes me smile. Its just so darn cute!

So, what’s been happening? Well, it snowed.

Now, to a large percentage of the world that’s no big deal. A nuisance even. But here, in Magra, Tasmania, its not something that happens often so its exciting.

We’re down low here, not far above sea level, and it doesn’t snow down low in Tassie often, so you can imagine we got all worked up about it. At least I did.

So did the horses… 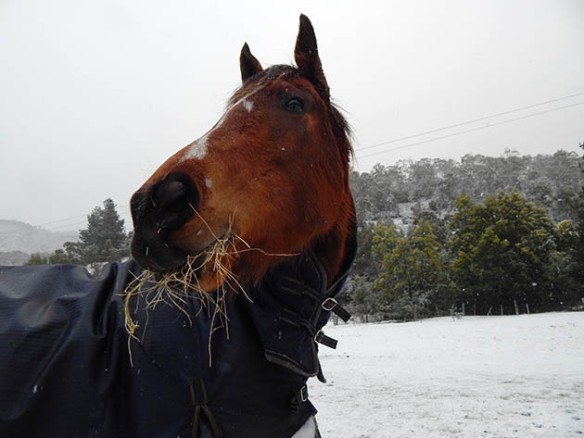 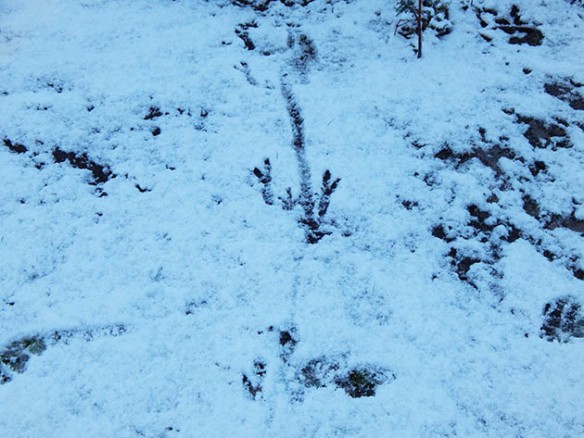 Unfortunately, even though we got snow, it wasn’t enough.

I still had to go to work. 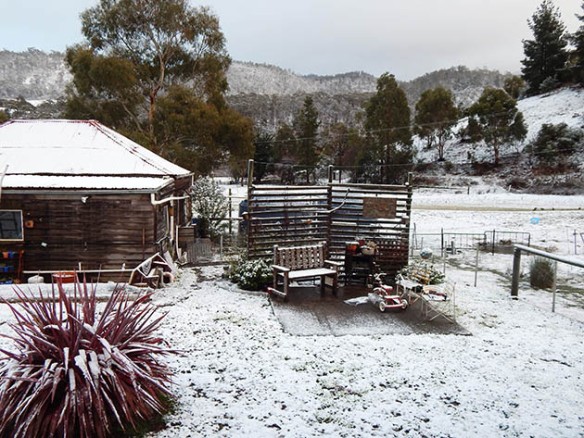 So, other than the exciting-making white stuff, what else have I been doing for weeks on end of blog silence?

Wayne has pulled through back surgery and is back to his normal clumsy self.

I’ve been busy with work projects and personal ones for the Salvaged Art competition coming up in September.

I’ve been working on a couple of home projects which I will finish one day, at which point I will share them. Its kinda hard to finish things when working full time and grooming in my spare time.

Did I mention I’m working full time at the moment? I started about the same time I pulled the blog disappearing act.

I have no idea how I used to do it in the past. (The doing keeping up, not the disappearing.)

Maybe I managed to fit more into each hour back then. I was younger and faster…

Then again, I didn’t have horses and dogs and ducks and chickens and geese to feed twice a day. And wood to bring in for the fire.

Plus I lived alone in a 1 bedroom flat, I was only responsible for my own mess and for my own self. I worked, roller bladed, went to the gym, danced rock’n’roll and had a social life.

Something is wrong with this equation…