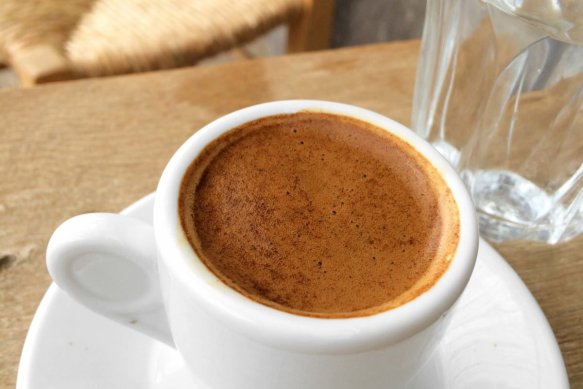 As you know I’ve been trying to set up a life here on the island. There are a few things you need to do when you move in order to live somewhere, right? Given that I’ve lived here before and have citizenship I’m lucky enough to be able to avoid getting a residency permit and work permit, but other things still need doing.

I need a greek bank account. A greek drivers license. And lets not even start on the mobile phone and internet thing again as my head will explode.

So, I go into the relevant offices and ask what I need in order to get whichever document I have on my To Do list that I feel up to tackling that day.

When I went in to ask about getting a bank account I was told I needed my ID or passport (tick) a mobile phone bill (easy), a utility bill (I don’t have a house, how can I have a bill in my name? apparently a relative’s bill will do…???) a tax file number, and a statement confirming employment (I think I read that right).

Ok. Sounds easy enough. Once I have a job. Till then I remain account-less.

When I asked about converting my aussie drivers license to a greek one I was told that I needed a tax file number. I said I had one (prehistorically speaking) but not on me at the time. The guy said, with a straight face, that that number was based in Athens, given I am now a resident of Paros (yipee!), that I’d need one for Paros.

Like… um… isn’t the taxation department one BIG department that covers all of Greece?

Then he proceeded to hand me seven (7) SEVEN pages of forms and tiny type instructions on all the things I needed to do in order to convert my license. I’m trying hard not to remember it all but I’m pretty sure it includes writing to the authorities in Australia and asking them to send back, in writing and STAMPED (cause email confirmations without official stamps don’t cut it here), a confirmation that I have indeed got a current license in Aus, then get that translated into greek by someone authorised, get THAT stamped to make it official, and…

I haven’t read the small type yet but I wouldn’t be surprised if they want to know the name of my kindergarten teacher and if my driving instructor had hairy knuckles. (I think she did.)

I’m actually considering going down to a driving school tomorrow and taking a driving test. Surely that would be easier!

But then I suddenly remembered I used to have a greek license. Maybe I can find it in a file somewhere – if I can only find the right government department.

Bet I’ll have to go back to funbags at the Ministry for Confused Drivers.

Its the whole envelope syndrome again.

What is the envelope syndrome you may ask… Its one of my brother’s stories. A vicious circle discussion with a civil servant that went something like this:

“I need a letter to open the envelope.”

“I have the letter. Its in the envelope.:

“I can’t open the envelope till I have that letter.”

“The letter is in the envelope.”

“I need the letter to open the envelope.”

“But the letter is IN the envelope.”

“I can’t open the envelope till I have the letter.”

… you can see how well that conversation went.

Another thing I’ve learned in my short time dealing with customer service in the greek civil service: waiting your turn doesn’t work 99% of the time.

Or should I say ever?

I’ve been waiting at front desks while someone chats on the phone, avoiding eye contact and pretending I’m not there. I’ve had people walk past me without acknowledging my presence with a simple yet polite “I’ll be with you shortly”, then sat there waiting while others just walked into the office for a chat.

I must write to Harry Potter and thank him for his invisibility cloak. It works great.

I don’t want to sound ungrateful, some people have been really nice and helpful. Its the ‘way things are done’ which feels like you’re hitting your head against a brick wall. People can be really nice but its like “Sorry, there’s nothing I can do, my hands are tied”. You just gotta fill in that form, sign that paper, get it stamped, get the stamp authorised, then come back ‘avrio’.

‘Cause avrio is when things are done in Greece. That and ‘siga siga’ are the greek mission statements.

2 thoughts on “avrio (when everything gets done in greece)”