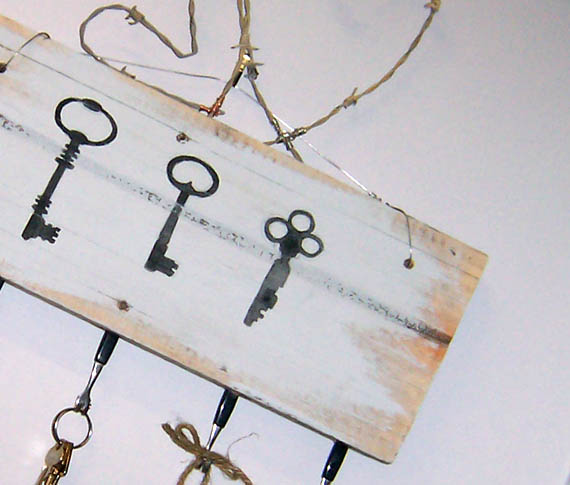 I just love this one!
When Wayne knocked down the old stable in the back paddock, he re-used as much of the wood as he could to rebuild the stable. The unsuitable bits were piled into a heap to be burned.
At least that was the plan. You know how it is, time goes by, things get put off… The pile is still there. Partly cause its either too dry (fire restrictions) or too wet, or perhaps its cause I won’t allow Wayne to burn it.
That pile has a ton of interesting old bits of wood in it!
A few weeks ago I went out and brought about 10 large pieces of wood in, to the casita, to dry out so I can make stuff with it.
Wayne saw me sneaking in with the wheelbarrow and I swear, he sounded just like Homer Simpson.
“Oh No! I knew I should have burned it! Don’t take it all inside!”
Not all of it! Just a bit at a time!
Anyway, I’ve had this box of cocktail forks for years. Never used them, just had them cause they’d come in handy one day…
I had a chunk of wood I liked and wanted to put hooks on it for keys. I didn’t have enough matching hooks so I started thinking what I could use.
Viola! Cocktail forks. A bit of bending and you have key hooks! 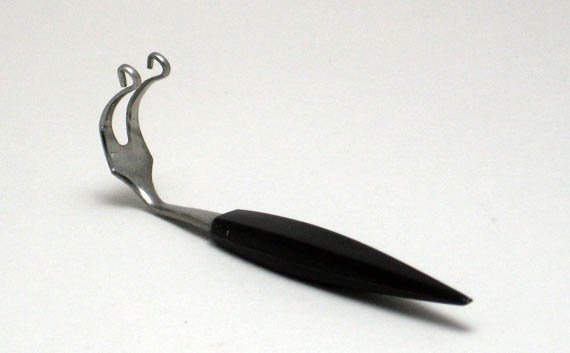 I mixed up some flat white paint with some blue artists paint, a bit of black and a bit of unsanded grout to create a colour I liked. I brushed it onto the wood without worrying about full coverage. I wanted the old wood to show.
When the paint was dry I drilled holes into the bottom of the block, filled them with liquid nails and glued the forks in.

I then drew the keys on with pencil and painted them using black artist acrylic.

I drilled holes in the top and used wire as a hanger, hung it on the wall and had a look. Hm. Something was missing… I went and got the two barbed wire hearts Wayne had made and added them to the top. 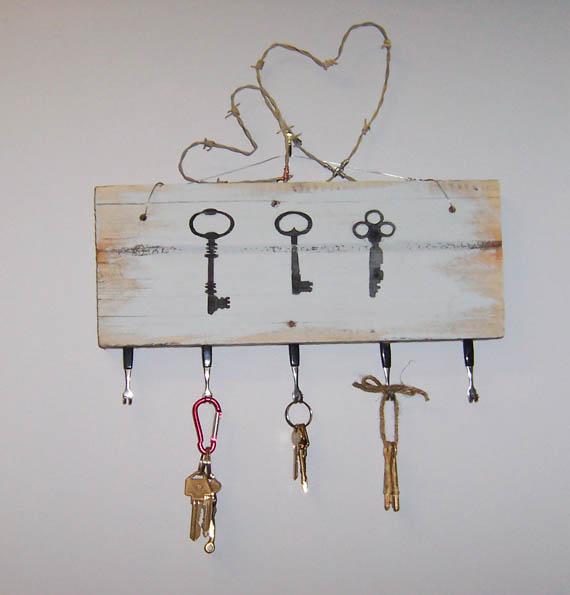 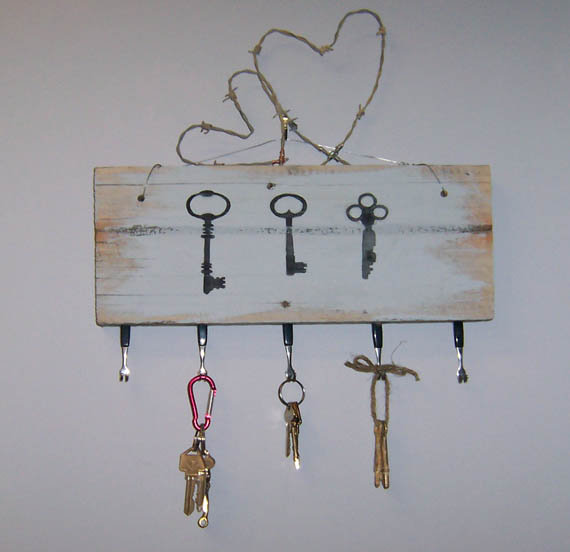 A different colour wall would have been good, but this was the only spot I could use given its too dark to photograph outside!
z