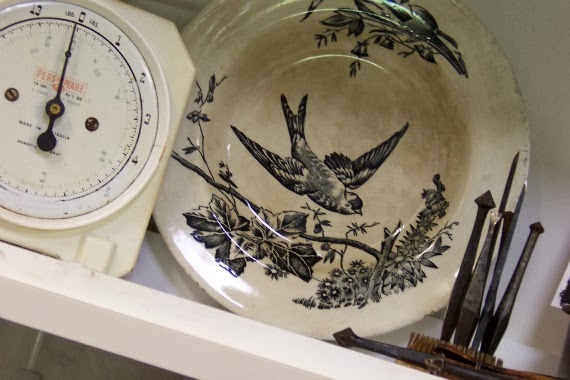 Like all big plans, it seemed like a good idea at the time. You know what I mean. You think about a problem, you take your time thinking through the possibilities and solutions, you pick the best (easiest, cheapest) and go for it.
Then you discover it was a huge failure.
Not only did the solution not work, its created a whole new problem. In other words, its a monumental failure of epic proportions.
So it is with the bird wire under the eaves bird nesting deterrent solution I came up with.
I had a problem: birds nest in our roof. They pull out insulation as they muck around up there. If it wasn’t for the poop all over the walls, the deck, everything ON the deck, and the fact that, apparently, nests in the roof are a fire hazard, I’d have been happy to leave them there.
I like birds. We have starlings, swallows, sparrows, wrens, the occasional robin and pardalotes. 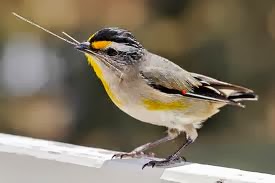 I love the birds. I love watching them flitter around and chirp to each other. I love waking up in the mornings and the only sounds I hear are birds, ducks, chickens, frogs, the rooster, the horses… and/or rain.
Come to think of it, its pretty noisy around here…
So. Anyway. What I decided was, to stop the birds nesting in the roof and stop the poop on the walls and windows, to stop losing our insulation and limit fire hazards, that I had to block off the eaves so the birds can no longer get in to nest.
Right.
I decided that the easiest, cheapest way to do it was to use bird wire under the eaves, moulding it around and stapling it to the beams and walls so they can’t get in. I had a friend come around and give me a hand and we did about 7 metres of it…
…Only to find the birds could still get in. They just use an alternative entrance: the gutters!
All I’ve succeeded in doing is create a catchment area for dead chicks. Yep. I looked up there yesterday and there were 3 tiny corpses in various stages of decay.
Wonderful.
At this point I can blame MEN. It was men who organised new gutters on the house and men who didn’t even think of getting gutter guards put up at the same time as the gutters. It would have cost, what… another $400? Tops?
I can’t blame Wayne. He probably didn’t even know there was a product which fits over corregated iron and screws onto the metal so it doesn’t budge, forming an even solid seal for the gutters.
I should have organised the quote myself.
The guys who quoted the job should have mentioned it. The friend who was here at the time, while the guys were measuring and quoting (and who’d actually used the stuff on his own house) didn’t mention it…
I should have organised the quote myself. If you want a job done right, you have to do it yourself.
But, onto happier subjects.
The other day I went to an auction. I hadn’t been to one for years. This is a regular auction place in Hobart, once a week, every week. I love it.
I’d like to say that it was pure strength of will that kept me away, but I’d be lying. It was ’cause I’d been working on Fridays.
Now that I’ve dropped back to 3 days at my regular job and spend the other two days working as a tutor and grooming from home, I gave in to temptation. I stopped by before work and eyed the goodies…
I fell in love with this plate. Its old and crazed like crazy (heheh, sorry), discoloured and chipped. But I had to have it.
Of course if I wanted the plate I had to buy 5 boxes of crap.
I put in an absentee bid and won it. I donated about half the crap and kept a few things I know I can use or make things out of. And the plate is now decorating my kitchen. 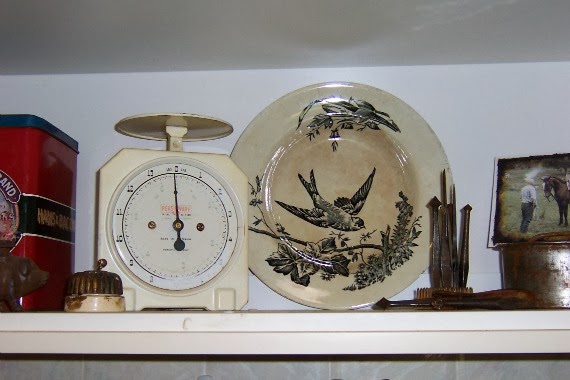 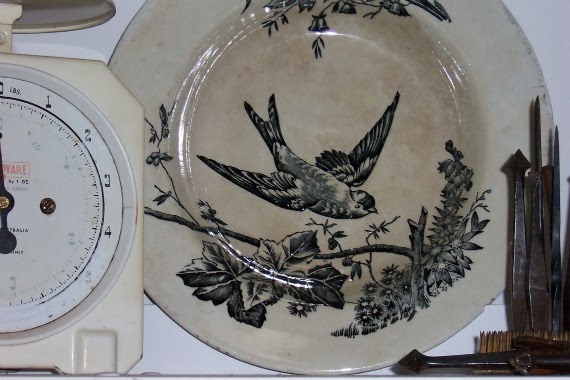 What do you think of the awl collection? Cool huh? Wayne found a few of these, for working leather, at an antique store in town and I bought him a couple more. I love them stuck in the old flower frog.
z