I did the T-shirts for the work camp.

I’ll go to my grave insisting that Wayne asked me if I wanted to design the T-shirts.

He’ll insist to his grave that he asked me to make the T-shirts.

That’s why I use a computer!

The idea was that there’d be 6 teams (which soon became 7), each team would have a different colour T and a different native animal as their name. The animals had already been chosen. I designed 7 different logos for the teams. (Excuse the pics, the colours are all off.) 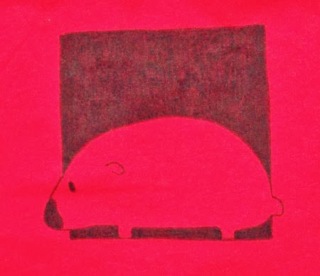 The camp staff needed their own Ts representing all the teams. That was another 5 T-shirts. (This is supposed to be a white T!)

Anyway, the fronts were done easily enough. Despite a lot of hard work and a lot of swearing. I suggested we use iron-on transfers for the backs since there was no way I’d get the type done otherwise.

Took me 3 solid days of drawing and ironing but the Ts came out great.

I did mess up one… or three… Ok, only one drawing was really stuffed up (though a few of the goannas looked like they’d been run over by a truck) cause I started really big and found that there was no way I could make the images that large and hope to use the fabric pens to do it.

Apparently the T-shirts were a hit on the camp.

1 thought on “the tshirts which almost ended us”