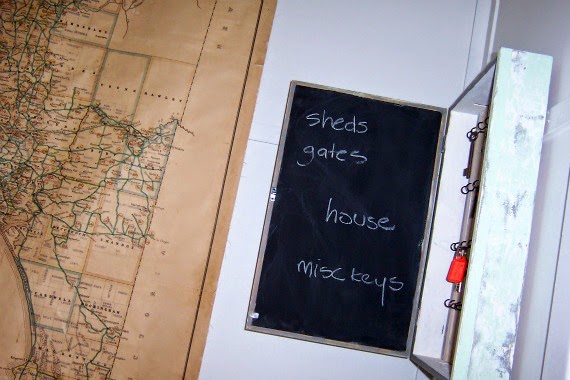 Once upon a time Wayne had this box in his garage. I think he once told me it was meant to hold a dartboard…

I remember now (hard not to with all the yelling…),

…but I’d forgotten it before I pulled it apart…

Anyway, from the moment I spied it just sitting idly against a wall, I had plans for it. I found it was made of 2 boxes joined together so that their doors opened outwards like a wardrobe.

One day I got inspired and pulled it apart. That’s when he reminded me what it was for.

oops.
Anyway. What was done was done by then. I may as well do something with it to make the destruction worth it, right?
What I saw when I looked at it was a key storage box… a place to keep our keys organised and labelled. (Sorry, no before photos.)
Making into what it is now wasn’t an easy job. When i pulled it apart it had chipboard glued to the inside. REALLY well glued. I ended up taking chunks of timber out when I tried to pry it out using a chisel and scraper. Then I put the sides back so it was a single box with a door even though the inside was awful with all the gauges.
That meant I had to find a backing for it. That’s when inspiration struck.

Ages ago when we visited the guy who we bought timber from for the mud room, I saw all these strips of hardwood he was throwing out. They were the edges of timber he’d trimmed to size. They were the same width but the thicknesses varied. I collected some and they’d been sitting in the carport since I brought them home. I got some out, sanded them, cut them to size, gave them a wash of different colours, then used them to line the box. It gave the box a beachy kind of feel. 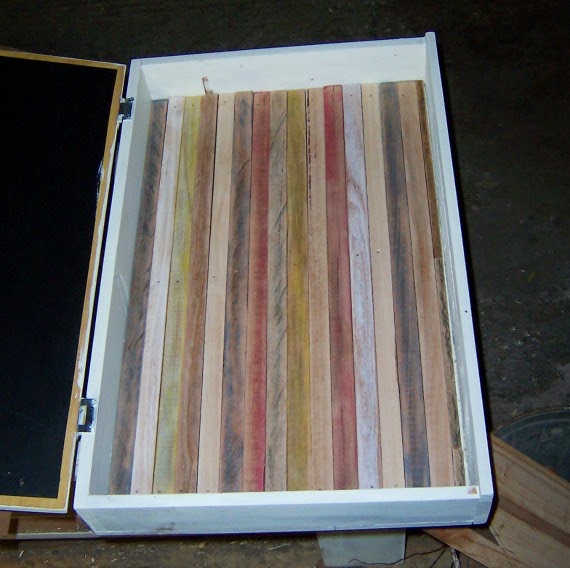 Ok… I don’t do beachy… so I had to figure out how to finish the outside of the box so it suited my style but didn’t look out of place with the inside!
The door to the box has a fancy design on it with a name in the middle. Sort of like a wine crate would have… I wanted to keep that somehow, but had no idea as to what I wanted to do with it. I considered painting keys on it, stenciling words…

I wanted to use keys for the obvious reason. And I remembered the antique keys I brought home from Greece. I wanted to use them on something I’d keep, so why not this?

I experimented with some expendable keys and different glues to see which would work best and then glued the keys on the door. The 3 bigger keys are from Greece, the rest are from my ‘antiqued’ key collection.

I had started painting the box creamy yellow, then brown in a way to make the fancy border stand out, but I just didn’t like it. 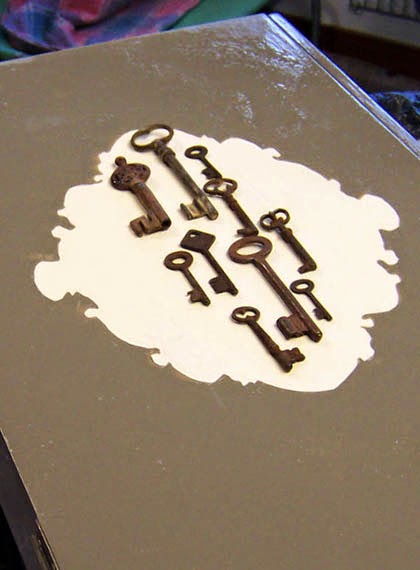 I went ahead and painted it in layers of different coloured paints in the sloppiest way I could, till in the end I topped it off in the minty green I’ve been using everywhere else.

Then I distressed it. 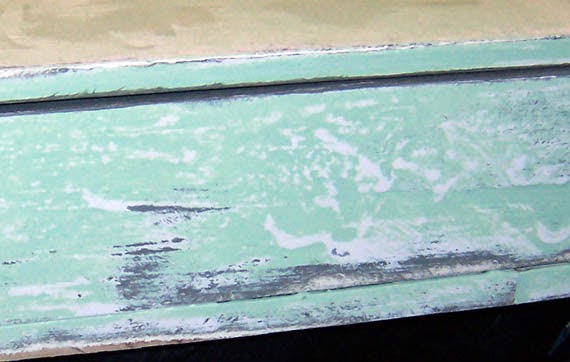 The colours in the photos vary a lot, sorry about that. Its cause I took them in different places inside and not outside on an overcast day. 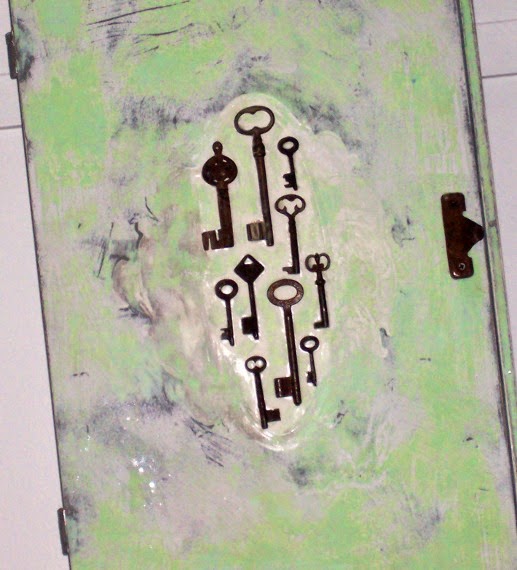 They key box is now hanging in the corner of the office between the window and the wall with the antique map. 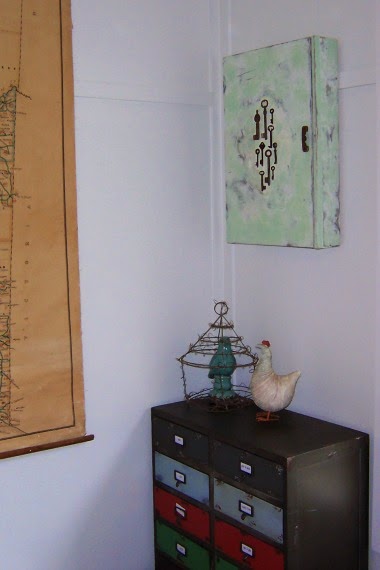 It doesn’t have many keys in it yet. I have to sort them out and label them properly so we know what’s what.

One day I plan to be organised.

In this lifetime even.

2 thoughts on “a place for our keys”