Skip to primary content
Literally or philosophically? Maybe a bit of both!

Either way, I thought it was time to catch you up on stuff around here.

Everyone is well – dogs, horses, geese, ducks, chickens… us. Although one chicken is looking half plucked. Its autumn… I know they go through a molting phase, but she’s a step above being in a roasting pan by the looks of her.

Meanwhile, we’re down one rooster. We did have two – one was a home bred boy. He’s disappeared. Either he was run off by his dad or he met a sticky end. I haven’t found any evidence to suggest which.

Without rain there’s no grass so we’ve been hard feeding the horses a few months now. There’s no hay to be found anywhere and, if you can find it, it costs more than gold.

Here’s Waldo, sharing his breakfast with the chickens. I give Wally a wide berth… after the time he bit me I’m very wary of his teeth. 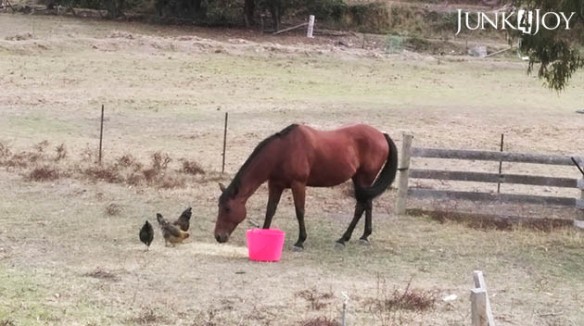 Dancer, on the other hand, is a real smoocher. We love that girl! 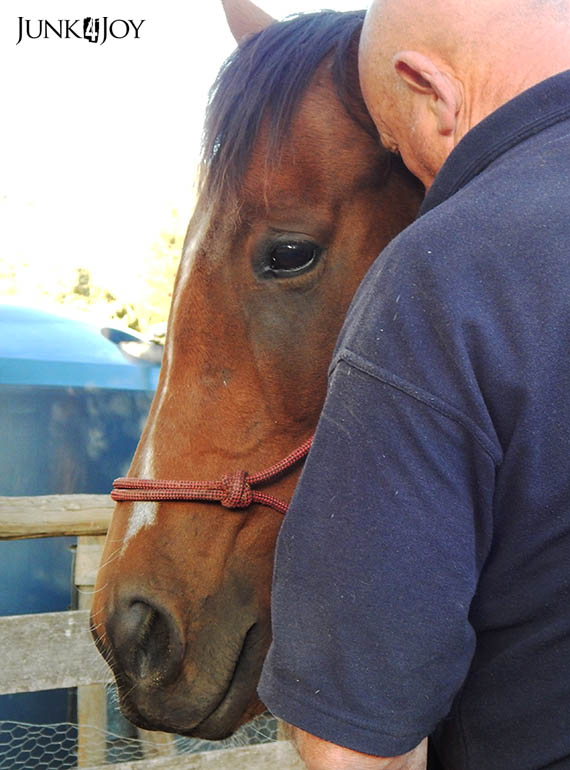 We have a new female goose. She arrived one day and paired up with one of the boys. That now makes us the proud owners of 3 couples. I really am afraid of what will happen when they decide to have more babies. We got lucky last year. One of the girls lay 20 or so eggs but didn’t sit on them long enough to hatch them.

Next year when they lay eggs I think I’ll skulk around stealing them! 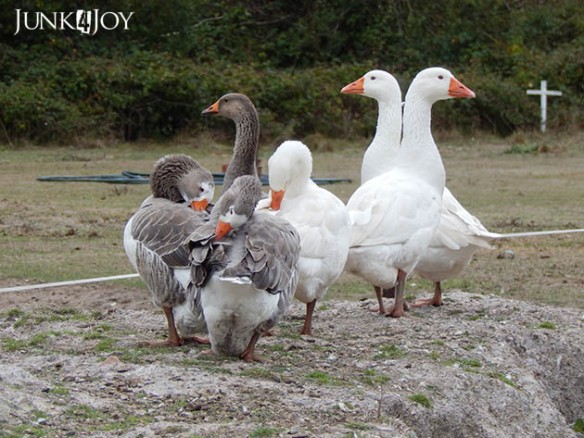 Our dam has never been so low. Its spring fed and it’s always been full. This summer its more mud puddle than dam. I think we either stuffed up the spring when we had it dug out or the spring has dried up. The dam never seemed to bounce back from being dug out, the water has been like brown soup since… then again, with the lack of rain around here, maybe the spring has just packed it in. 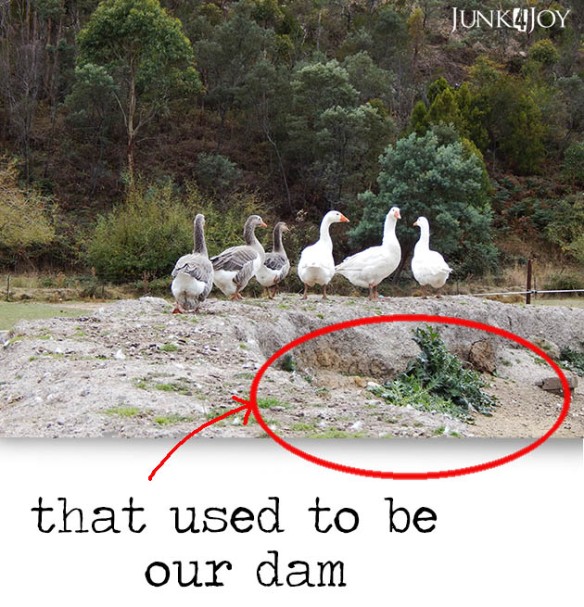 If the situation doesn’t improve I think the geese might move out. Not sure if that’ll make me sad or glad. I love them, but they’re pretty deadly on any plants I try to get growing where they can reach.

I mean the horses are bad enough, but now I had to rethink all the fencing. Not just tall and strong for the horses, also shorter and closer for the geese!

Wayne built a cute bonfire pile in the middle paddock. Won’t be long now and he’ll be out there roasting marshmallows. If he liked them. And if people actually roasted marshmallows in Australia. 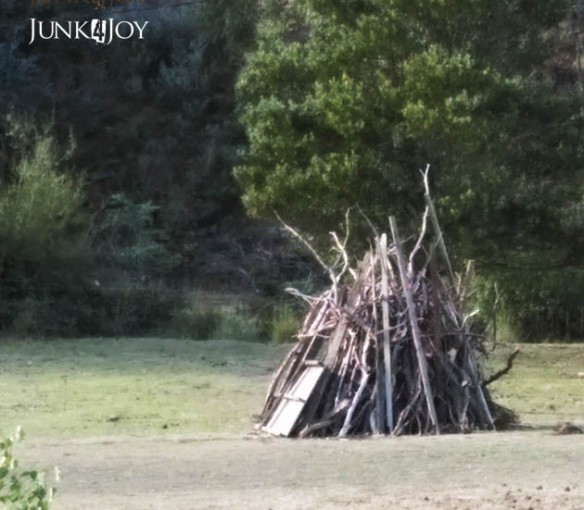 It looks like a forest fairy home, complete with a door. I suggested we could do a rain dance one night under a full moon. The neighbours would enjoy that.

Providing we keep our clothes on.

Meanwhile, Wayne and I are doing a regular radio show at our local community radio station. It was my idea, I have a ton of cds and some vinyl from my rockabilly/rock’n’roll days and I thought it’d be a great opportunity to listen to and share my music. So far we’re really enjoying it.

Turns out Wayne is a closet radio announcer! Who knew? He’s a natural.

Other than that, I think I may have mentioned I’ve lost my mojo in terms of creativity lately. I just don’t have the motivation. Or energy. Or desire.

One of the only things I dragged myself out to do last weekend was put up three old mirrors in the mud room. We now have someplace to check ourselves before we walk out the door. Surely that’s a good thing. 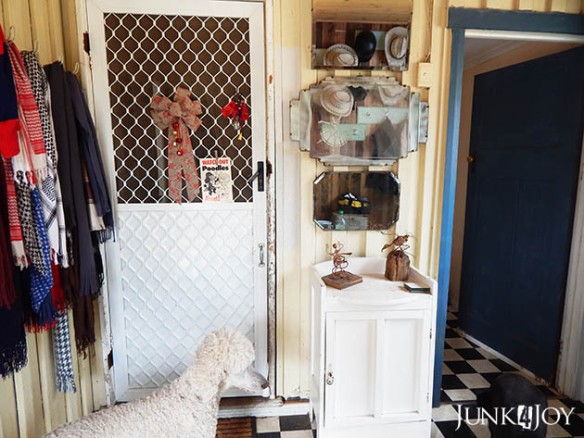 When I feel flat like this I have to remember – we’ve done so much to this place since we moved in. All I have to do is look at the old photos to appreciate that.

And darn… I have to remove the Xmas bow from the front door.

I told you I’ve been ‘off’ lately. 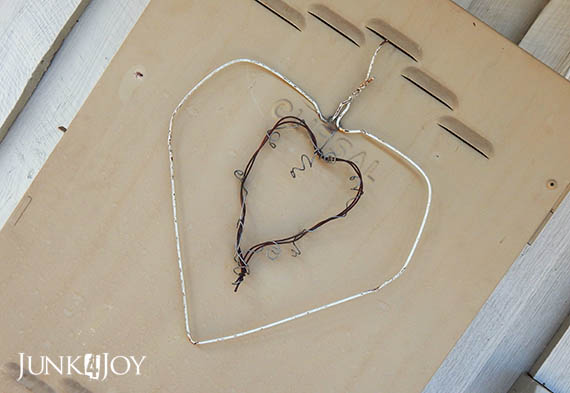 Sometimes its ok to just watch TV, read books and rest. Its ok to do nothing for a while.
At least that’s what I tell myself. I’m almost convinced.
z