I think I’ve always known that I might have too many interests, but it hit home last night when I watched a show on TV a friend told me I needed to see. It was about a woman who’s entertainment area was so full of ‘stuff’ no one could use it. Her ‘stuff’ had encroached in other areas of the house and was affecting her family.

The problem was that she was a crafter. She liked to do all kinds of crafts. She painted, beaded, sewed, knitted. Among other things. Everything she’d collected was stuff she thought she could use, remake, recycle, DO one day.

Now, I think I’m insulted that my friend thought I was that bad.

I have outbuildings full of stuff. My house is livable. Ok, leave my office out of it! That’s my space and I’m the only one who has to squeeze in there…

But I do see her point. Grudgingly. I think the issue is with wanting to do too much.

On the show the ‘expert’ forced the lady to pick three hobbies and get rid of everything else in order to organise (and limit) her space.

I think he missed the point. Its not about having too much stuff, its about not having enough time to do all the stuff!

I know there isn’t enough time in a lifetime to do all the things I want to do. That’s the real problem. I don’t want to give anything up, but perhaps the old saying ‘jack of all trades, master of none’ is true…

I think I found the answer:

Take it in turns!

Concentrate on maybe 2 things at a time then move on to something else. Maybe a week at a time, or a month. That way you give yourself a chance to do a bit of everything and finish a few things along the way.

Enjoy the funny craft related pics I found on Pinterest. 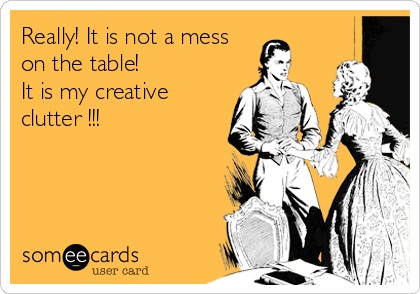 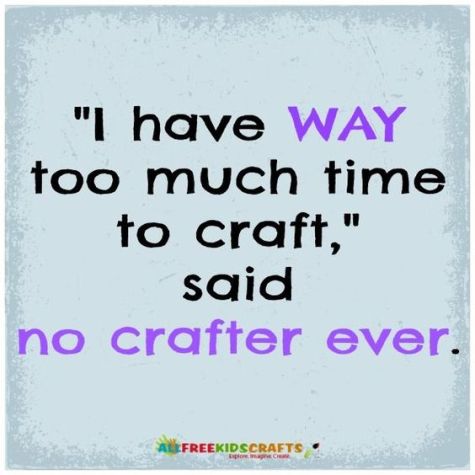 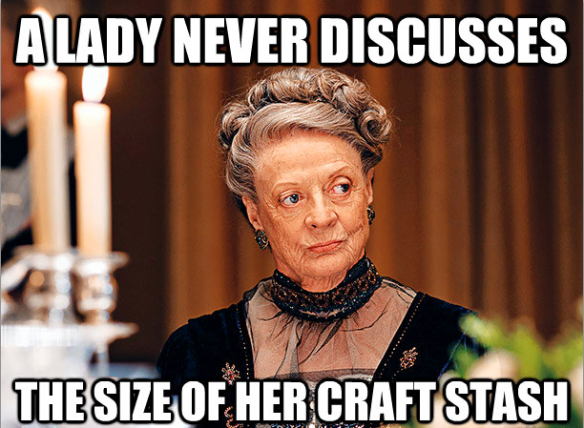 2 thoughts on “not enough time to do it all?”