I’m so pleased with it. I’ve wanted one of these since I first saw one on Pinterest years ago.

In the end, I decided a pocket would do, no rings, no tabs, no bows. Just a simple pocket. Partly cause I was too lazy to make tabs or bows, but mainly cause it would hang too low if I added those things. 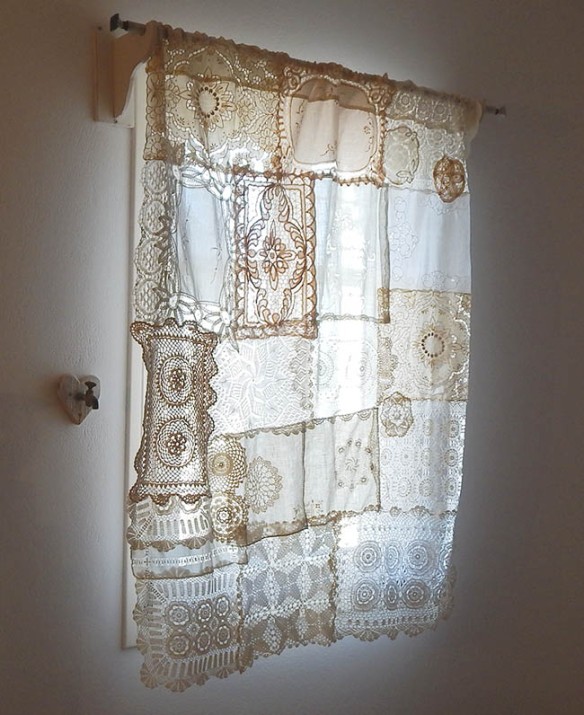 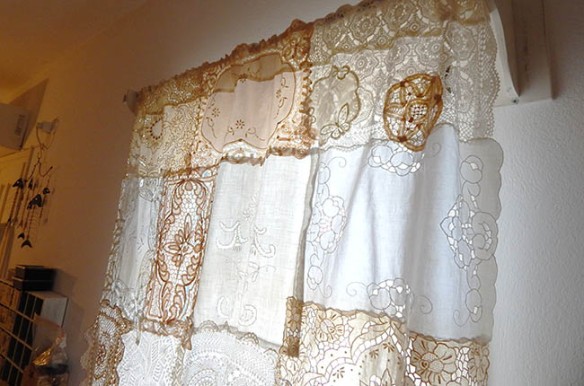 But I love my new curtain.

The house is still a mess, but the curtain looks darn good!

So, remember this cute little tap?

Mystery solved. Its my curtain tieback.  Well, actually I can simply toss the curtain over the tap to hold it back, or I can use the hemp string tassle I made back in Tasmania to hold it back. I’m going with the tassle for now. 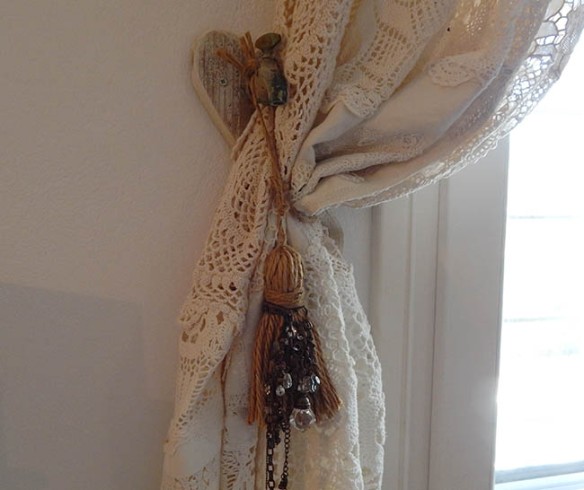 I also did a few bits and pieces today – while the couch was out of the way so I could sort out the curtain, I took the opportunity to drill holes to put up my rustic chalkboard (which you can see on my porch in Tasmania here) and the fish mobile Wayne made me. I love that corner now. Its me! 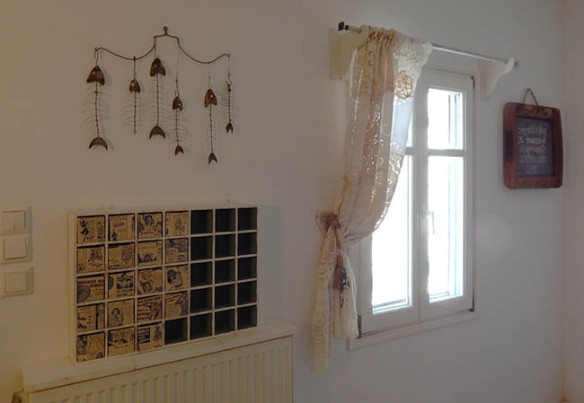 The cubbies are almost finished. I still have to find the patience to make another 16 little boxes, then I need to find some kind of knobs for them so I can get them out! Its not easy making little cardboard boxes… I’ll get there.

Today has been a good day. I got up at 8am as I said I would. I did morning wake-up yoga, then was out the door by 10am. I did the first coat of paint on the sewing table and the second coat of varnish on the top. Its getting there.

I also asked the guys at the transport company just down the road if I could have a couple of pallets. They said no…

Then Lainee and I walked all the way into town cause it was a nice day. I collected some plant cuttings along the way and put them in some soil when I got home. Fingers crossed on those.

The seeds I planted are apparently doing well. I spoke to my friend who’s been babysitting them since I went to Athens. I haven’t seen her to pick them up due to quarantine, but I got a photo of the lavatera which is going great. 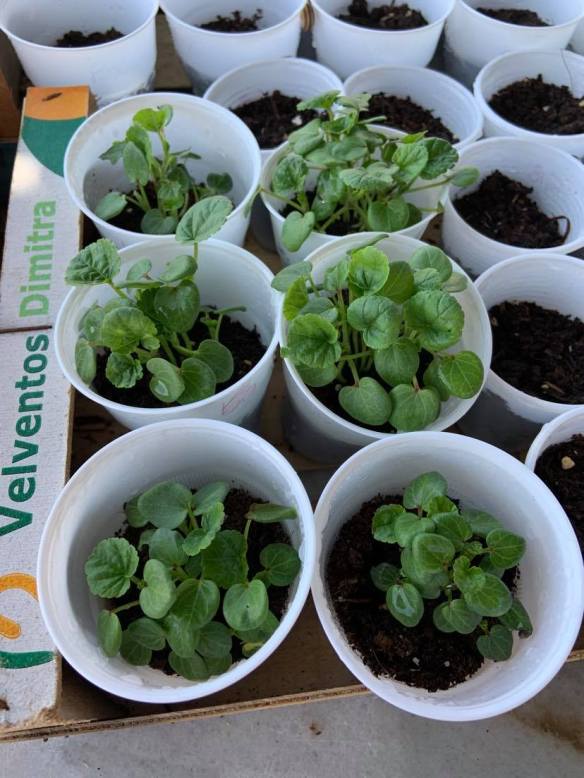 If all goes well we’ll have your lavatera growing on a greek island Ginny!